THE STORY OF
​THE ITALIAN COWBOY 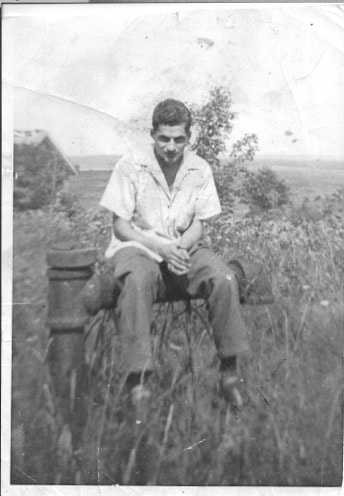 Once upon a time in the magical kingdom of Central Texas, there lived a beautiful young woman named Nell. Nell, whose family had lived in Milam County for generations, was an independent spirit ahead of her time. One day, a handsome prince named Gus appeared before Nell, passing through Ft. Hood, on his way to the war in Europe. Gus had come from a faraway land called Venzone, Italy, and after many months when the war ended, the prince left Europe and returned to the magical kingdom to be with Nell. They married and lived happily ever after, their love of life and food forever blending Texan and Italian culture.

Many years passed by and the handsome prince became a father and a grandfather, teaching his family what he had learned from his mother and grandmother back in the old country. One day, his oldest granddaughter met her own handsome prince; a curious mind and intrepid traveler. Together they cooked and entertained for friends and family, and realized that these were the things they loved most. So they embarked upon their own adventure – to create a happy place where they could share their love of cooking and gracious hospitality.
And they too lived happily ever just south of Central Texas. . .
The end.